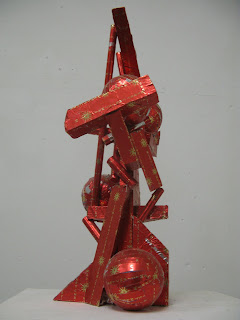 The red sculpture to the left is the one that was chosen to be projected onto the Pepper Pot at Queens Park as part of the White Night Festival in Brighton this weekend (Oct 29). I presume it is on a show reel with lots of other pieces by other artists. The other one was the more literal interpretation that I actually created for the project. The organisers thought that the red of the chosen sculpture was more fitting with what they were doing. I did however make a short animation of the creation of the "pepperpot" sculpture before I realised that they couldn't project film. Lucky really as I now have a fully self contained art piece with an inclusive animation that can be shown on a small monitor next to it. Strangely enough the red sculpture also has an alter ego as one half of a 2 part sculpture including a cast iron figure of a Welsh miner. 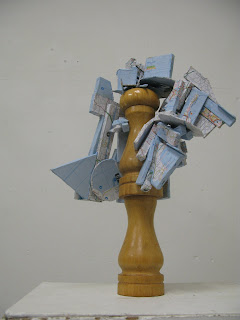 Posted by dave stephens at 05:24 No comments: 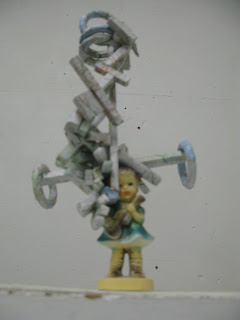 Starting to maybe plan a large scale sculpture involving hundreds of little figures crowding across a floor all carrying their own little burden.
Posted by dave stephens at 06:11 No comments: