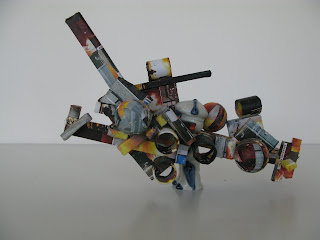 This is one that might be translated into a carrying piece. Maybe walk through Clapham, where the pictures were taken, carrying the sculpture.

"The great fires were now lit on the other side of the ocean. It is not for nothing that Brazil owes its name to the French word for charcoal. Our spread over the earth was fuelled by reducing the higher species of vegetation to charcoal, by incessantly burning whatever would burn. From the first smouldering taper to the elegant lanterns whose light reverberated around 18th century courtyards and from the mild radiance of these lanterns to the unearthly glow of the sodium lamps that line the Belgian motorways, it has all been combustion. Combustion is the hidden principle behind every artifact we create. The making of a fish hook, manufacture of a china cup, or production of a television programme, all depend on the same process of combustion. Like our bodies and like our desires, the machines we have devised are possessed of a heart which is slowly reduced to embers. From the earliest times, human civilisation has been no more than a strange luminescence growing more intense by the hour, of which no one can say when it will begin to wane and when it will fade away."
W.G. Sebald - The Rings of Saturn. 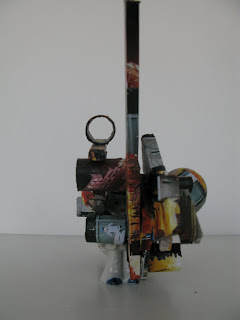 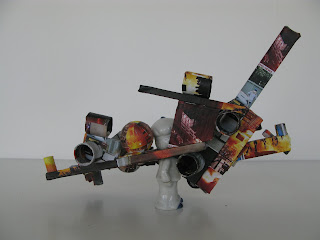 Posted by dave stephens at 07:01 No comments: